A Chicago skyline from the Chicago River Bridge at Franklin Street

Skyscrapers, helmeted, stand sentinel
Amid the obscuring fumes of coal and coke.

Raised by enchantment out of the sand and bog.

This sky-line, the Sierras of the lake.

Spoon River Anthology
at 11:08 AM No comments:

A special place for Chicago arts in Park Forest, Illinois

The exhibit - "Urban Spaces" - focuses on the works of a select group of artists who portray buildings, facades, bridges, landmarks, etc., as well as rooms and abandoned spaces inside a variety of offices, apartments, theaters, concert halls, churches, train stations, waiting rooms, and other places that might once have seen a lot of human traffic and activity, but now are quiet, empty or past their prime.

Viewers would be reminded of the wonderful architectural design and attention to detail that can be found in historic and modern structures, as well as the abstract qualities images of them convey, and the personal, even spiritual meanings some suggest. Many would no doubt stir memories of important moments of our lives spent near or within those spaces.

Cities, in general, and Chicago, in particular, have always inspired writers, poets, journalists and playwrights.

“Chicago is an October sort of city even in spring.”         Nelson Algren

Visual artists, too, have been inspired by the city, expressing some of the same feelings as the writers:  the city beautiful, the city of contradictions, the city of excellent architecture, the city of terrible buildings.

In this exhibit, ten artists – painters, photographers and printmakers – interpret the city and reveal their feelings about it.
at 8:07 AM No comments:

Several Chicagoland artists will be included. The show is curated by Maureen Cribbs and Janet Muchnik.  My new urban prints will be on display.
April 28-June 3, 2017 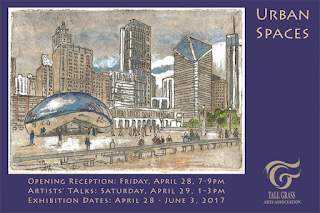 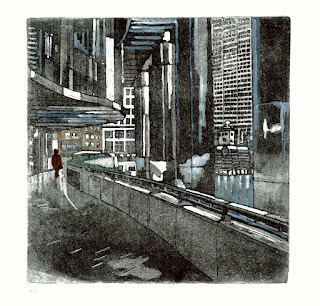 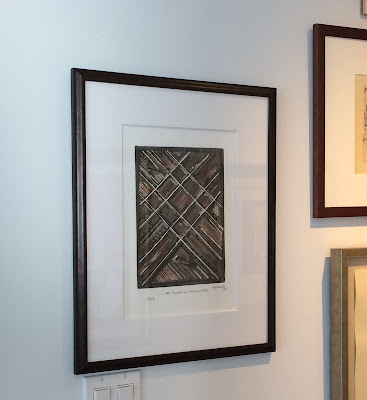 Here are some samples of my prints framed to 17x21" 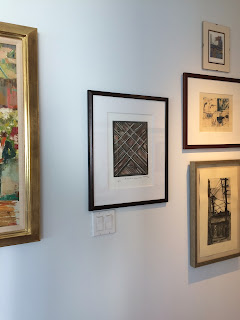 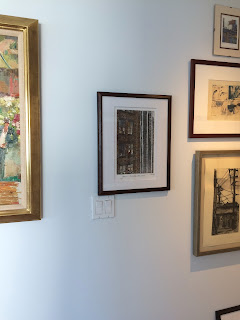